And special thanks to @RepDean for delivering the students’ TY notes to the courageous Capitol workers.

So proud of these students. They saw the images of Capitol Hill staff working to clean up the People’s House and knew they had to say “thank you.”

The kindness and awareness of children are a lesson for all of us. Let’s follow their example.

Protecting survivors is of highest priority for me as Attorney General.

Changes to our laws that empower survivors and do more to hold offenders accountable are key to making sure there are fewer future victims of abuse in our Commonwealth.

As #COVID19 vaccines roll out, scammers are looking to take advantage of consumers by attempting to steal their insurance information, money or both.

If you think you’ve been scammed, alert my office:

We seized nine guns from this defendant, who was prohibited from owning firearms.

Violent drug dealers terrorize neighborhoods & take advantage of those suffering from addiction. We're focused on getting these illegal guns & poisons off our streets.

Just a few days away!

Watch live as I’m sworn in as your Attorney General, celebrate what my Office has accomplished over the last four years, and get ready for the work to come. 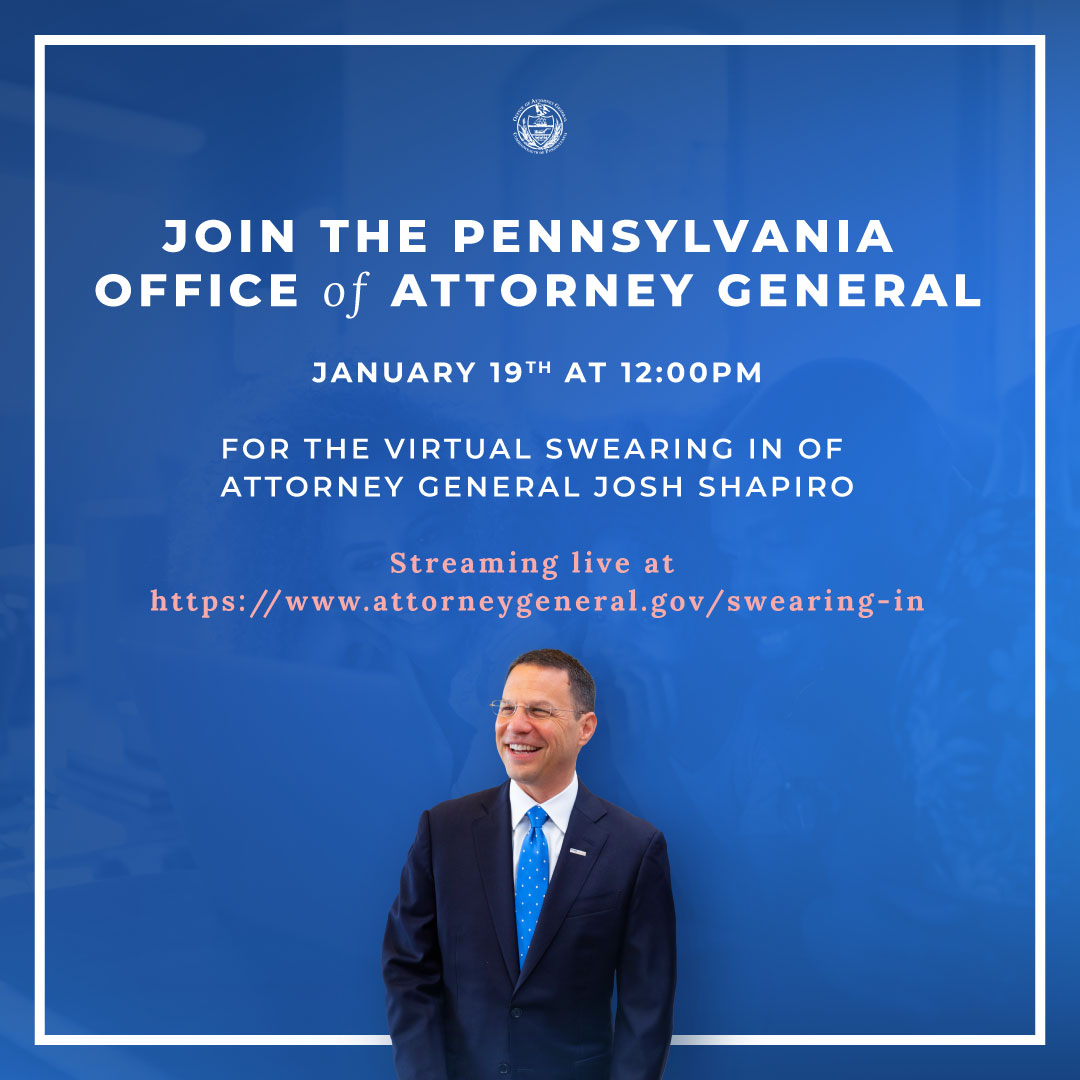 Replying to @fred_guttenberg: Looking forward to watching my friend and defender of our Democracy @JoshShapiroPA get sworn in next week.

Looking forward to watching my friend and defender of our Democracy @JoshShapiroPA get sworn in next week.

Thanks @emilyjanefox for having me on Inside the Hive this week. From holding rioters accountable, to why impeachment is essential, it's a conversation you don't want to miss. Listen now >>

If @HawleyMO was so concerned about election integrity in Pennsylvania, I assume he would have raised the issue at some over the preceding months with his fellow GOP Senator @PatToomey of Pennsylvania, right? I mean, if the concerns were sincere, that would have happened.

Instead he lied about Pennsylvania in exchange for a moment in the sun with Donald Trump and his mob.

Replying to @PAAttorneyGen: Just a few days away!

Watch live as I’m sworn in as your Attorney General, celebrate what my Office has accomplished o…

I’m missing the farm show this year too. Staying virtual is important for our health and safety, but please make sure to support these amazing PA businesses.

Thank you, Mrs. Rogers. May your memory be a blessing.

The events of January 6 represent a direct, physical challenge to the rule of law and our democratic republic itself.

It’s time to hold those who committed crimes accountable and repair the damage done to our institutions.

A small piece of positive news, but no reason to back down on protecting ourselves and others. Wear a mask.

If there’s a note of genuine contrition or sorrow in this article, I missed it. 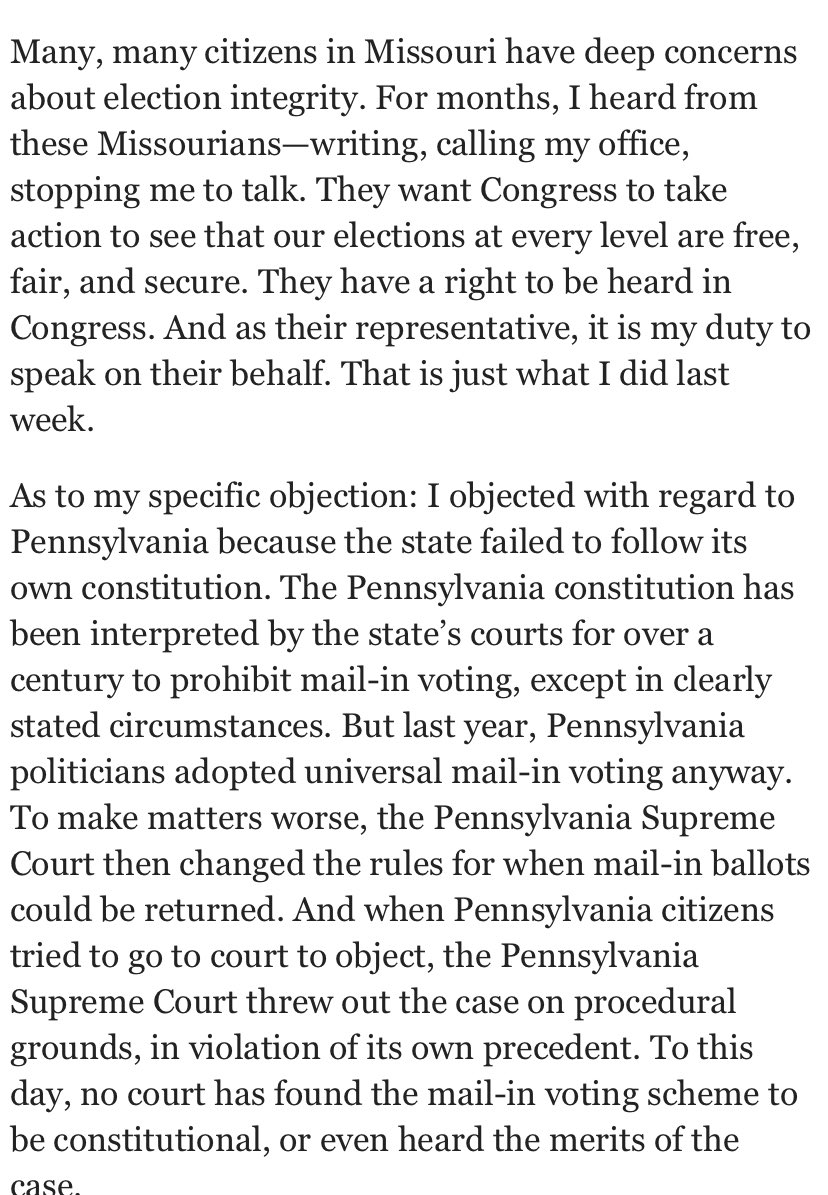 Our Constitution requires the Legislature allow mail-in absentee voting in certain circumstances. It does NOT require all other votes be cast in person. It sets a floor, not a ceiling. Check your facts, senator.

Tragically, 2020 was a record-setting year for fatal opioid overdoses.

The opioid crisis isn’t going away and this pandemic has made it worse. I remain focused on holding big pharma accountable, increasing access to treatment & taking down drug networks. 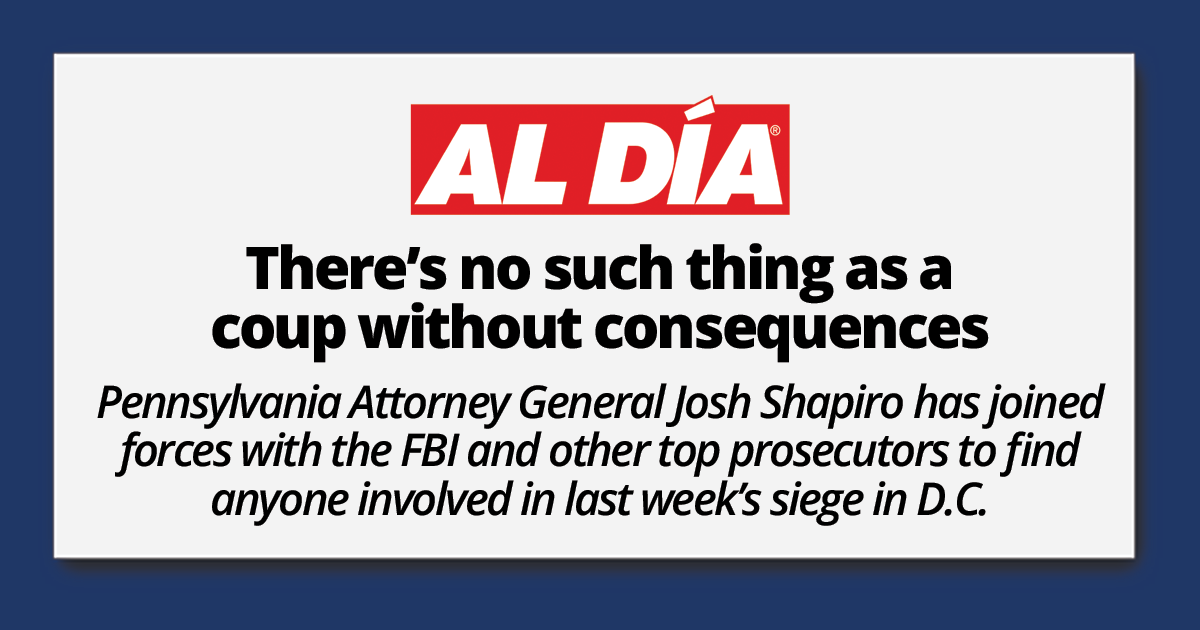 As the chief law enforcement officer in Pennsylvania, it’s important for me to send one clear message: if you break the law, you will be held accountable. Actions have consequences.

Donald Trump incited insurrection, largely based on lies he told about Pennsylvania’s election.

No one is above the law, not even the sitting president of the United States.

It’s time for us to finally act to get weapons of war out of the hands of those who should never own them & make some common sense changes to our laws. We can’t afford to continue this way. 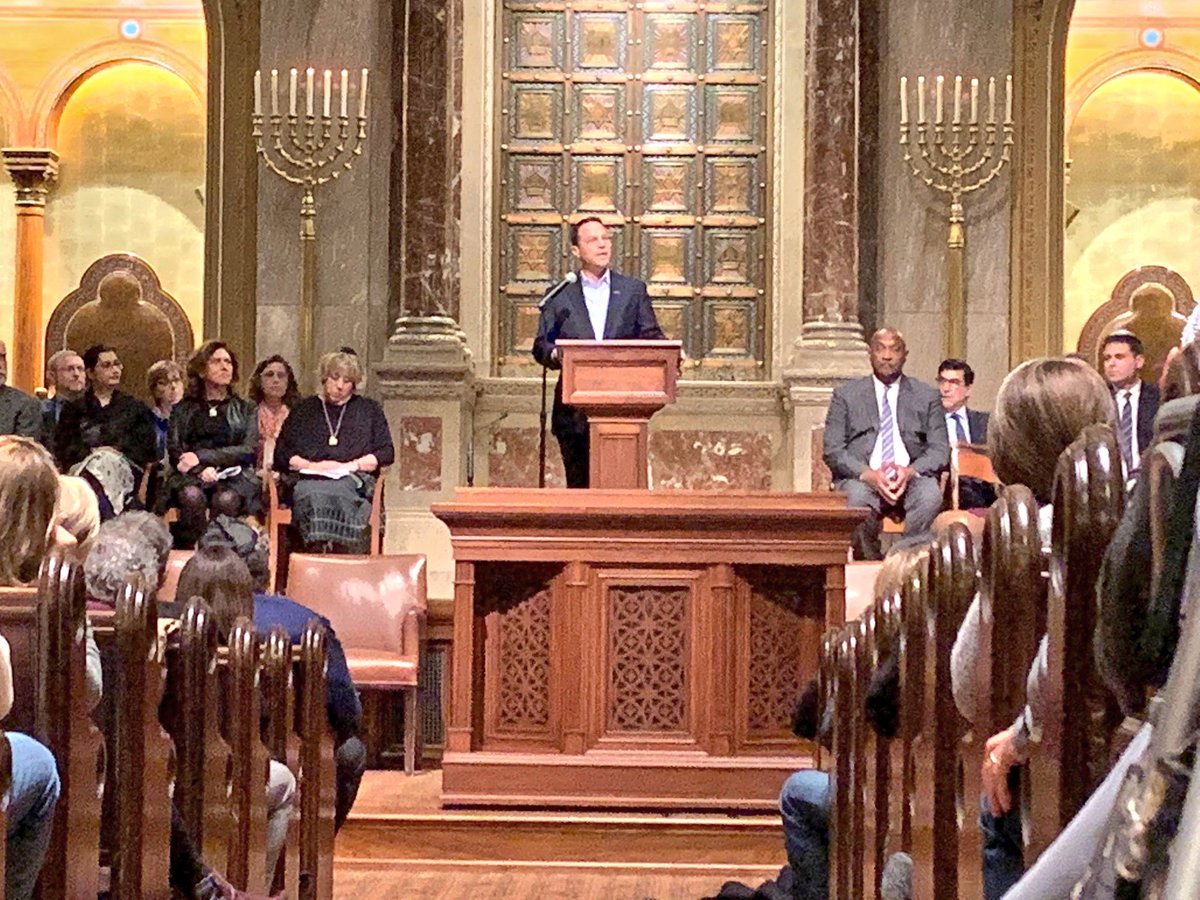 Leaders must speak and act with moral clarity.