I Wonder if we some how sent mail to people the the year 3000 if they have the technology would they respond? #Year3000Question #nye3000 #IHaveADream #Mars #Space #Moon #Neptune? Here is Current History #ImpeachmentDay #ImpeachedTwice #ImpeachTrumpNow #COVID19 #GalacticFederation

#RemoveTheTraitors #RemoveThemAll #impeachment #ImpeachBiden #ImpeachAmerica #ImpeachmentDay #ImpeachTrump for a 3rd time why not. The #Planet needs to figure out what to do with da #USA #GalacticFederation #help #please Dont Leave Us LIKE THIS WE ALL DIDNT DO IT JUST GO SEE THEM

"There has always been something of this unreality about Trump’s behavior in the presidency. From the very beginning, it has seemed that Trump almost fully inhabits a boorish, narcissistic psychodrama playing in his head." 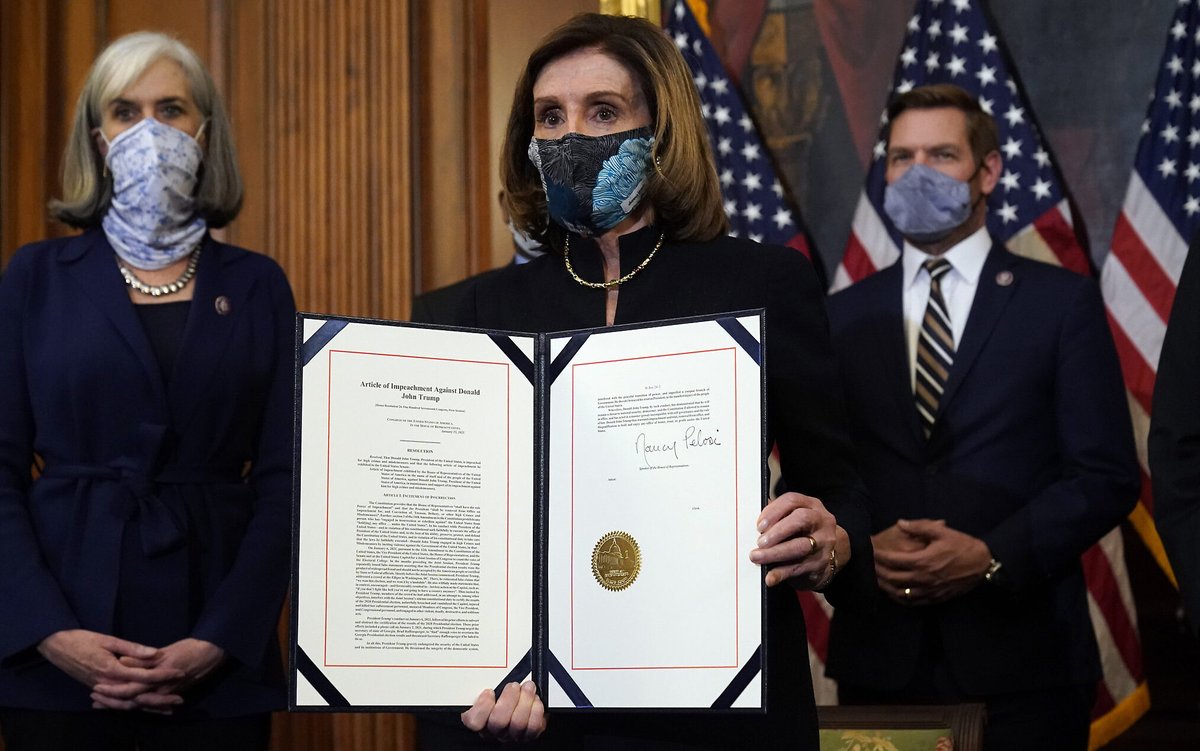 After several hours the House voted 232-197, ten Republicans joined 222 Democrats to impeach President Trump for "incitement of insurrection" on Wednesday.

Not so nice endorsement, one of the only Trump staffers to stick by him for the full term . Even after current dramas sticking by his man .
#ImpeachmentDay

@laurenboebert #donaldtrump #ImpeachmentDay
-GOP Liz Cheney
“There has never been a greater betrayal by a president of the United States of his office and his oath to the Constitution. I will vote to impeach the President.”

@schwartzcharles @RBReich Compare your comment to the millions that look forward to an Impeachment Trial to find the numerous culprits of the Capitol invasion. Stop making excuses for criminal behaviour #ImpeachmentDay

@NikkigGauthier @blueeyedginger5 Compare Trump’s attitude to how he came to office and expected to be welcomed as President to how he leaves office as ex-President. Damn bully #ImpeachmentDay 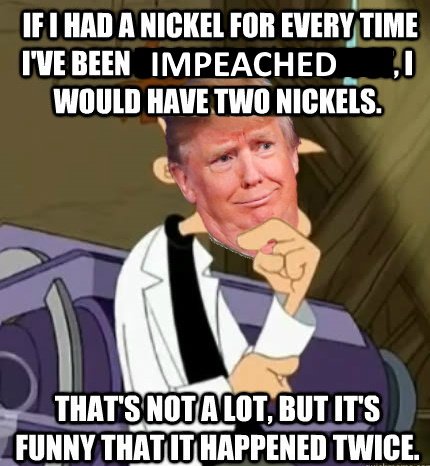 It couldn't have been Antifa at the capitol. Zero cans of soup were thrown. #WashingtonDCProtest #antifa #UnitedStates #JoeBiden #Inauguration2021 #ImpeachmentDay

@IvankaTrump #donaldtrump #ImpeachmentDay
-GOP Liz Cheney
“There has never been a greater betrayal by a president of the United States of his office and his oath to the Constitution. I will vote to impeach the President.” 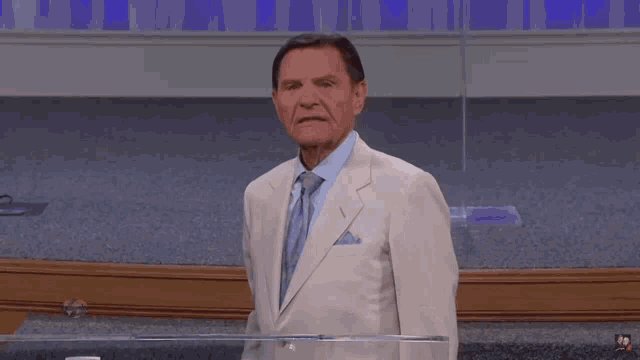 Why would God want a narcissistic, adulterer & racist, who went bankrupt 6 times & impeached twice to stay in charge of anything? He even ran a casino into bankruptcy & they never lose $! #ImpeachmentDay #SeditionHasConsequences #StoptheMillionMoronMarch Maybe this guy can help!

With troops and razor wire all over DC, do we really have government of the people, by the people and for the people?

One is an Oct. 13 story where he said he went to Seattle as a "hardcore leftist to participate in the "revolution." 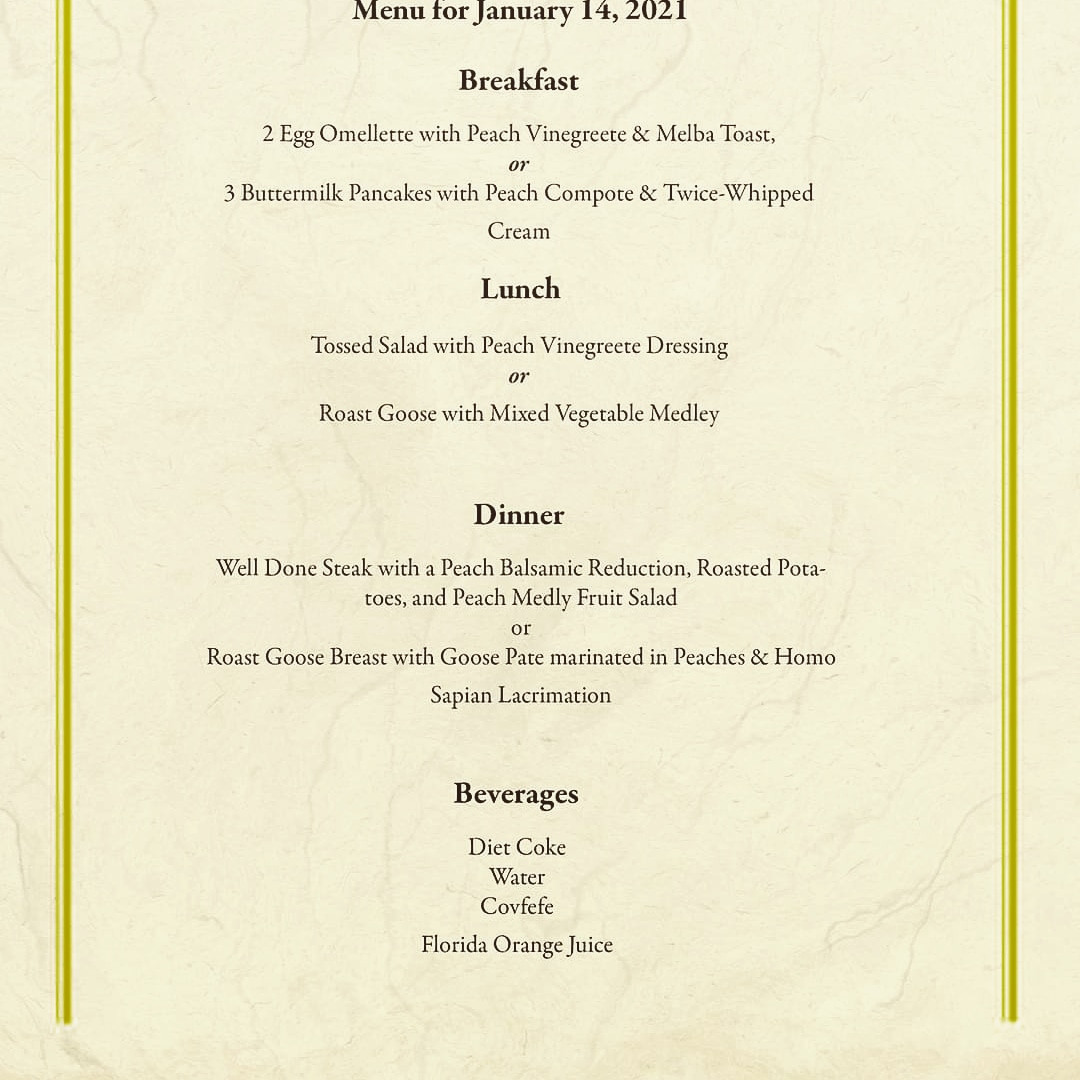 The Many Lives of Crystal

The energy I spend NOT making inappropriate jokes at work is exhausting.

GOP loses Senate, NRA files for bankruptcy. 2 of the 3 have happened all within the first 2 weeks of Jan.

What is the third and final thing that needs to happen to complete the Conservative Apocalypse Trifecta???

@kylegriffin1 I hope the Impeachment Managers play his phone call to the GA Secretary of State during the Senate trial to officially commit it to the historical record. 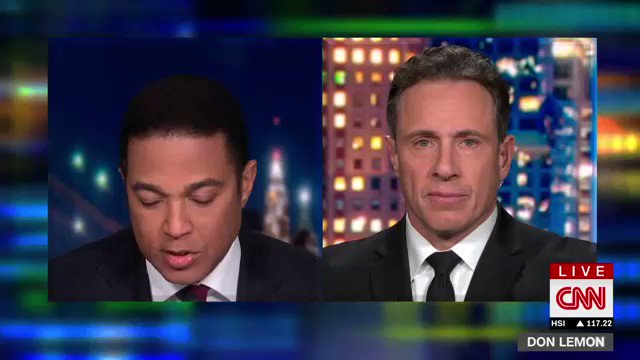 “This is about America’s original sin and that is racism,” says CNN’s @DonLemon about the Capitol riot.

The @jacktame Q&A interview with Chris Liddell was mediocre but Lidell’s responses were excellent. I hope NZ supports his nomination to head the OECD @jacindaardern